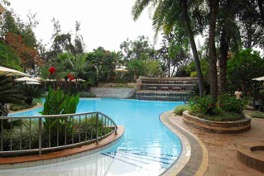 You’ll be driven around Kigali to see the highlights of the city, with a main stop at the Genocide Memorial and museum. This will give you a fascinating, though sobering, insight into Rwanda’s modern history. It is remarkable to learn just how far Rwanda has come in such a short period of time and it certainly adds a deeper understanding about the Rwandan people.
More about City tour and trip to the Genocide Memorial… 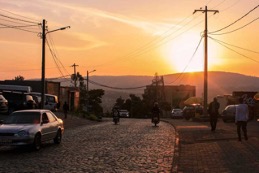 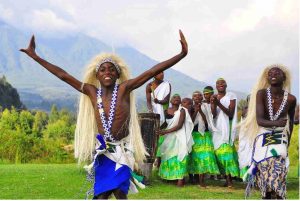 Spend a morning trekking to find the golden monkeys in the Volcanoes National Park. These endangered monkeys are endemic to the Albertine Rift area and are characterised by their golden-orange fur. You’ll be able to enjoy an hour watching them jump through the bamboo and hunker down to chew bamboo leaves, curiously watching you, as you watch them.
Your driver-guide from Kigali will operate your transfers to the park headquarters and introduce you to your trekking group and parks guide.
More about Golden Monkey Trekking… 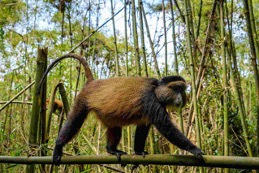 Gorilla trekking in Rwanda’s Volcanoes National Park is a magical experience, transcending any other wildlife encounter we know. Meeting a gorilla family in their forest home, led by a dominant male silverback and a cluster of females and young, is a natural adventure that fully repays the cost in unforgettable memories and images.
Your driver-guide from Kigali will operate your transfers to the park headquarters and introduce you to your trekking group and parks guide.
More about Gorilla trekking… 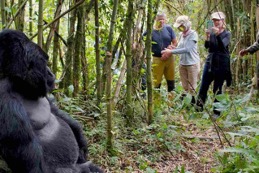 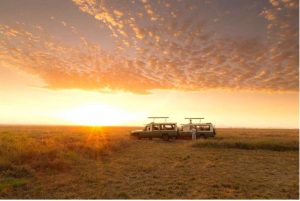 Entamanu Ngorongoro is a relatively new tented camp, opened in August 2016, and set in an isolated, scenic spot high on the crater rim. The drive in, along relatively poor roads, can take up to an hour and a half, but there’s very often the bonus of giraffe (a species that is absent from the crater itself) to be seen en route.
More about Entamanu Ngorongoro 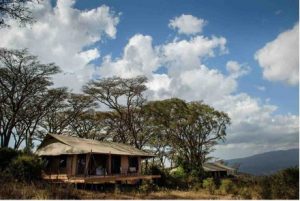 To drive into the Ngorongoro Crater is to immerse yourself in a renowned wildlife park. Prides of lion and clans of hyena patrol amongst herds of zebra, wildebeest and Thomson’s gazelle, whilst flocks of crowned cranes keep out the way of jackals. Come for elephants with big tusks, too. And then there are the rhino…
More about Day trip to the Ngorongoro Crater… 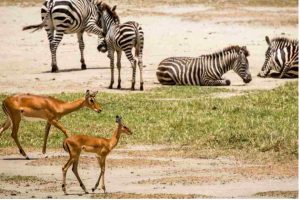 Similar trips that you may enjoy